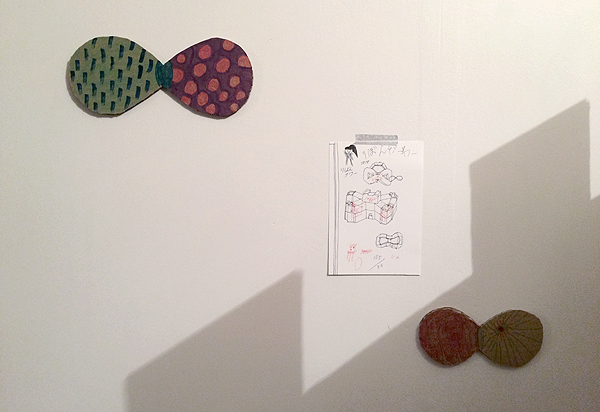 In 2014, "Corrugated board castle" was built in the house at the Christmas party of NN. At last, Takahashi'd like to make a big castle, and buys a special cardboard box..... A castle was too big, and the place where a parent is here was lost. He repented very much this year.But the children's excitement was wonderful. 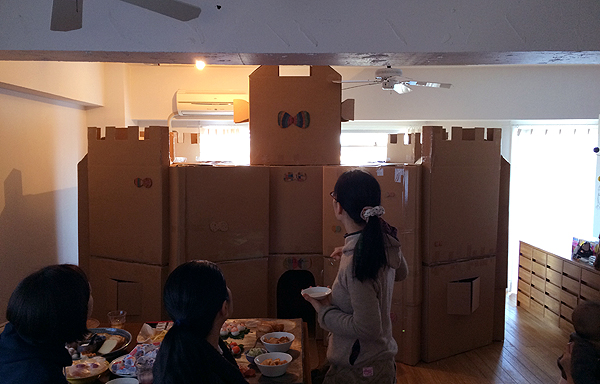 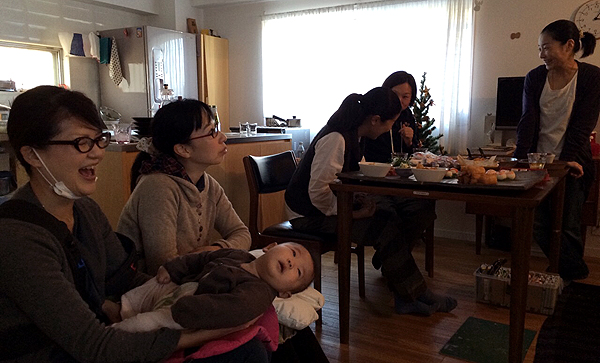 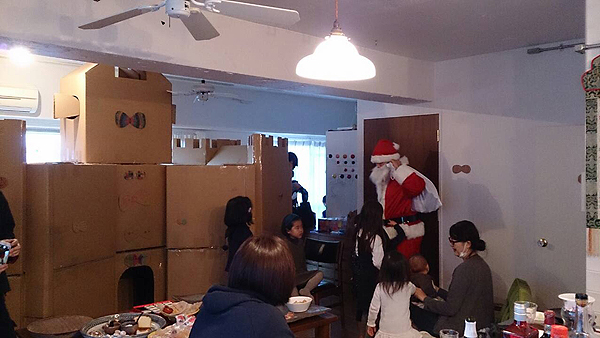 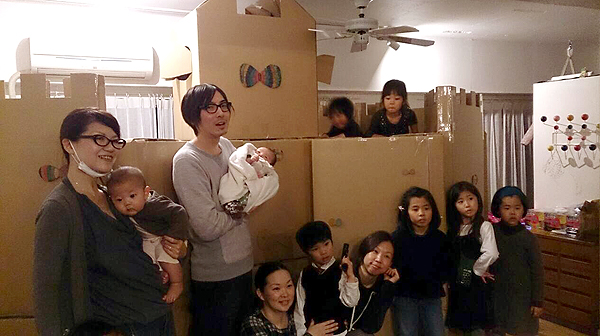 Powered up a tower, and played again! 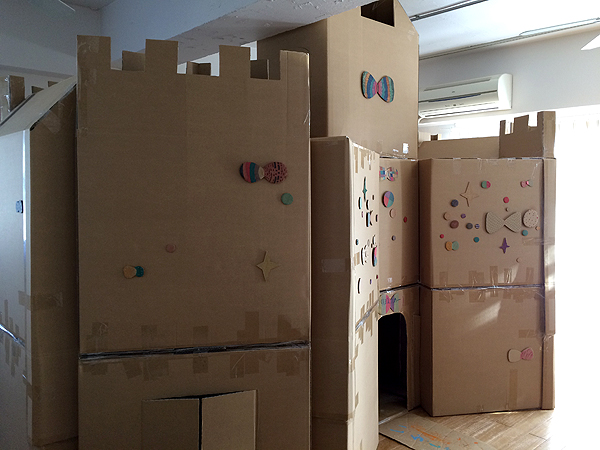 In the case of usual,this is the great corrugated board castle of 2 stories. It is likely to say "stay like this for a while". However, I am an artist! A child's dream is not broken but corrugated board castle breaks. A castle will be built in a house in one day at Christmas, and it will have disappeared in 1 week. A fantastic the castle! (It was also broken in the bodily crush.) 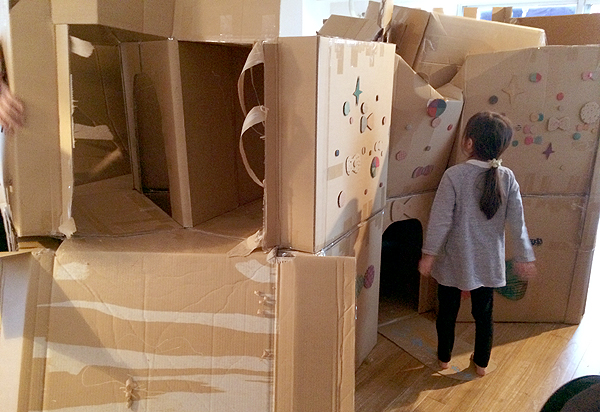