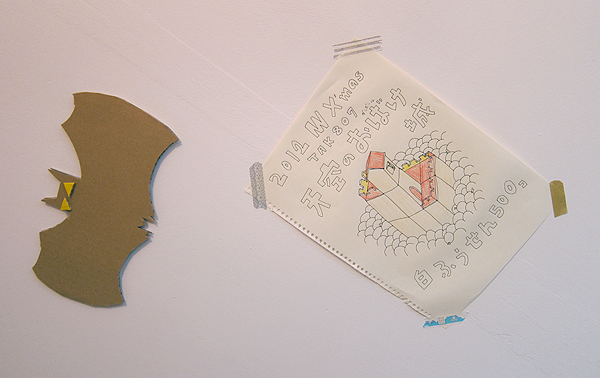 In 2012, "Corrugated board castle" was built in the house at the Christmas party of NN. The big box of "Cubic glove series" delivered from Fukushin co.,ltd is used, but it sold much this year, so a castle became big. 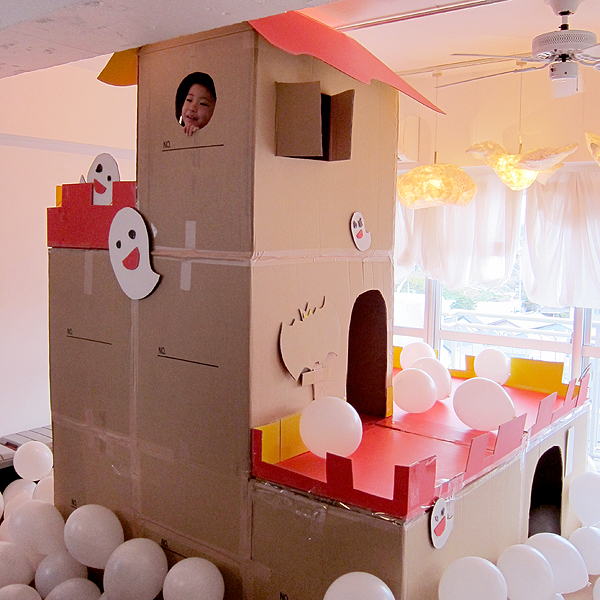 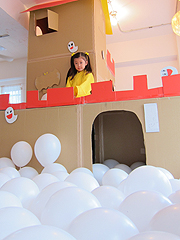 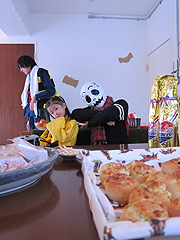 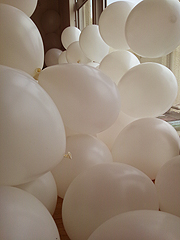 A disguise party of a "ghost" theme. 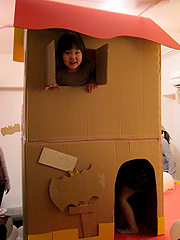 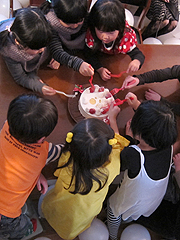 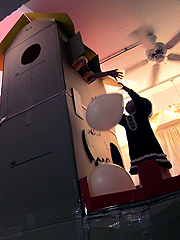 Santa Claus has come, too.

In the case of usual,this is the great corrugated board castle of 2 stories. It is likely to say "stay like this for a while". However, I am an artist! A child's dream is not broken but corrugated board castle breaks. A castle will be built in a house in one day at Christmas, and it will have disappeared in three days. A fantastic three-day castle! (It was also broken in the bodily crush.) Sumire participates this year, too! 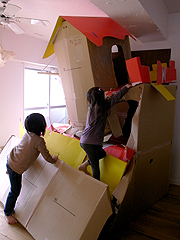 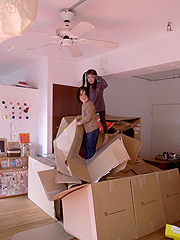 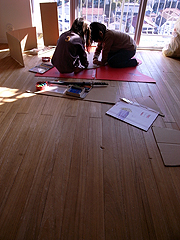